“Mutual aid is actually the work of building the world that we want to live in.”

Natacia is an organizer with a broad and varied base of experience that’s taken her across the globe and across the spectrum of charity, solidarity, hope and despair. She joins Silver Threads to dig into the past, present and future, to analyze the lenses with which we view the world, and the work of building new worlds – block by block.

This is an invitation to you, dear listener, to engage in mutual aid with each of our guests! If you enjoyed the show, and you have the means, please consider donating!

You can donate directly to East of the River Mutual Aid or you can donate HERE and write in Natacia and we will send it over to them.

Thanks for the Solidarity. 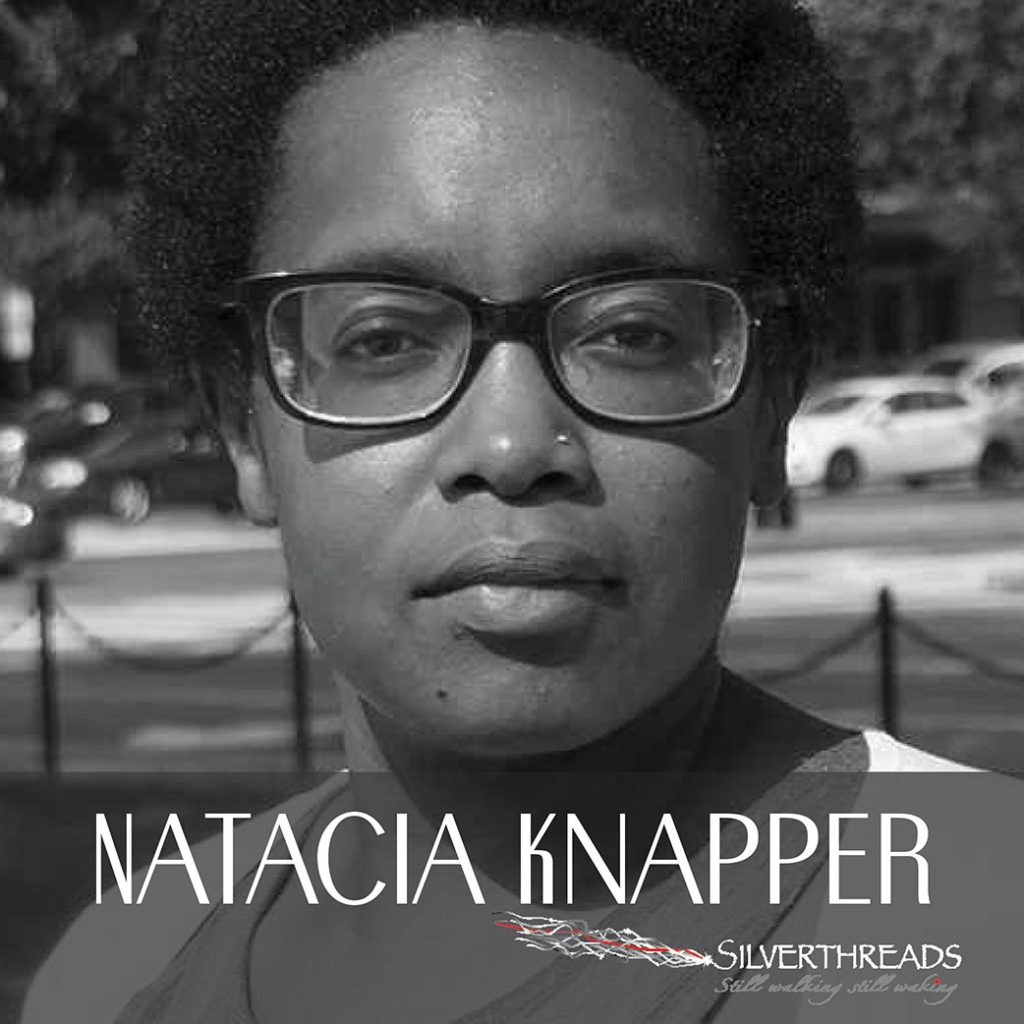 At 37 years old, Natacia Knapper is an organizer with Stop Police Terror Project DC (formerly DC Ferguson) and Ward 1 Mutual Aid as part of the DC Mutual Aid Network. Originally from San Diego, CA, she has lived in the DC metropolitan area off and on since the late 90s and has been part of the DC Movement 4 Black Lives since 2017.

In addition to extensive travel throughout the States, Europe and parts of Asia, Natacia has lived in many places – including Boston, New York, Dublin, and New Mexico – but landed on DC as her home base. The daughter of a Black immigrant and also of a Black parent raised in the Deep South, she was brought up grounded in all the ways the State intentionally oppresses her people. Through her own experiences as a Black woman fighting for liberation in a country that devalues her existence and growing up hearing about the powerful journeys of those who came before her, she realized early on the power of storytelling and long form dialogues.

As a graduate of journalism and literature, she also carries the stories and words of James Baldwin, Angela Davis, Audre Lorde and Assata Shakur – revolutionaries that have carried her through the arduous, though beautiful, work of freedom fighting and community building.

carla bergman and Eleanor Goldfield interview long term organizers about their watershed moments, what they have learned along the way, and how they maintain their hope on this path; dreaming and building emergent worlds for a present and future that is anchored in justice and freedom for all.