Eriel is a Dënesųłiné mother from the Athabasca Chipewyan First Nation (ACFN). Her work focuses on Indigenous rights and building intersectional dialogue between Indigenous rights, climate justice and other social justice movements.

It is from these places without edges that she sits down to speak with us about the importance of not staying in our lanes, of voice vs. power, land back, the language beyond speaking and the issue of naming things and oh so much more! 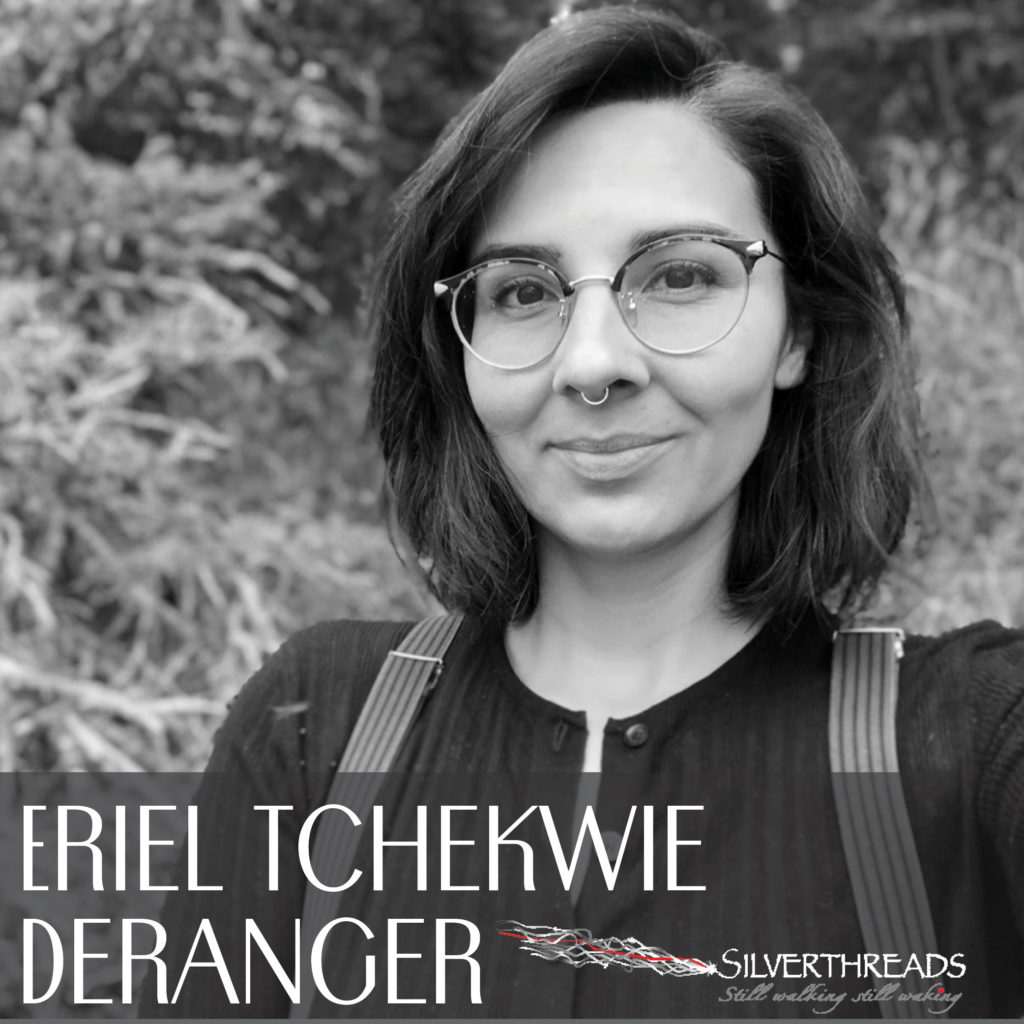 Eriel Tchekwie Deranger is a Dënesųłiné mother from the Athabasca Chipewyan First Nation (ACFN)  and the Executive Director and co-founder of Indigenous Climate Action (ICA), an Indigenous-led climate justice organization in so-called Canada. Deranger is a member of the International Indigenous Peoples Forum on Climate Change, and sits on various boards including  Bioneers, It Takes Roots Leadership Council, Climate Justice Resiliency Fund Council of Advisors, the UK Tar Sands Network and WWF Canada; and was a founding member of the Global  Indigenous Youth Caucus.

Deranger’s work focuses on Indigenous rights and building intersectional dialogue between Indigenous rights, climate justice and other social justice movements. She is recognized for her role as the spokespersons for her community (ACFN) in the international Indigenous Tar Sands Campaign and developing the Tar Sands Healing Walk. This included developing one of the first Indigenous rights-based divest movements; lobbying government officials in Canada, the US, the UK and the EU; supporting and leading mass mobilizations against the fossil fuel industry & climate change; and bringing international recognition to issues in her territory with celebrities and politicians alike.

Deranger has written for the Guardian, Yellowhead Institute, The National Observer, Red Pepper Magazine; has been featured in documentary films including Elemental (2012); and is regularly  interviewed for national and international media outlets including Democracy Now!, Aboriginal Peoples Television Network (APTN), and CBC

carla bergman and Eleanor Goldfield interview long term organizers about their watershed moments, what they have learned along the way, and how they maintain their hope on this path; dreaming and building emergent worlds for a present and future that is anchored in justice and freedom for all.