3. Let the Moments of Joy in - Ruby Smith-Díaz

Joey, Liam, Jamie-Leigh, and carla sat down with Ruby Smith-Díaz to talk about surviving the teen years, finding belonging and self through subcultures, the devastating impacts of capitalism and white supremacy on BIPOC bodies, the importance of movement joy, and much else. 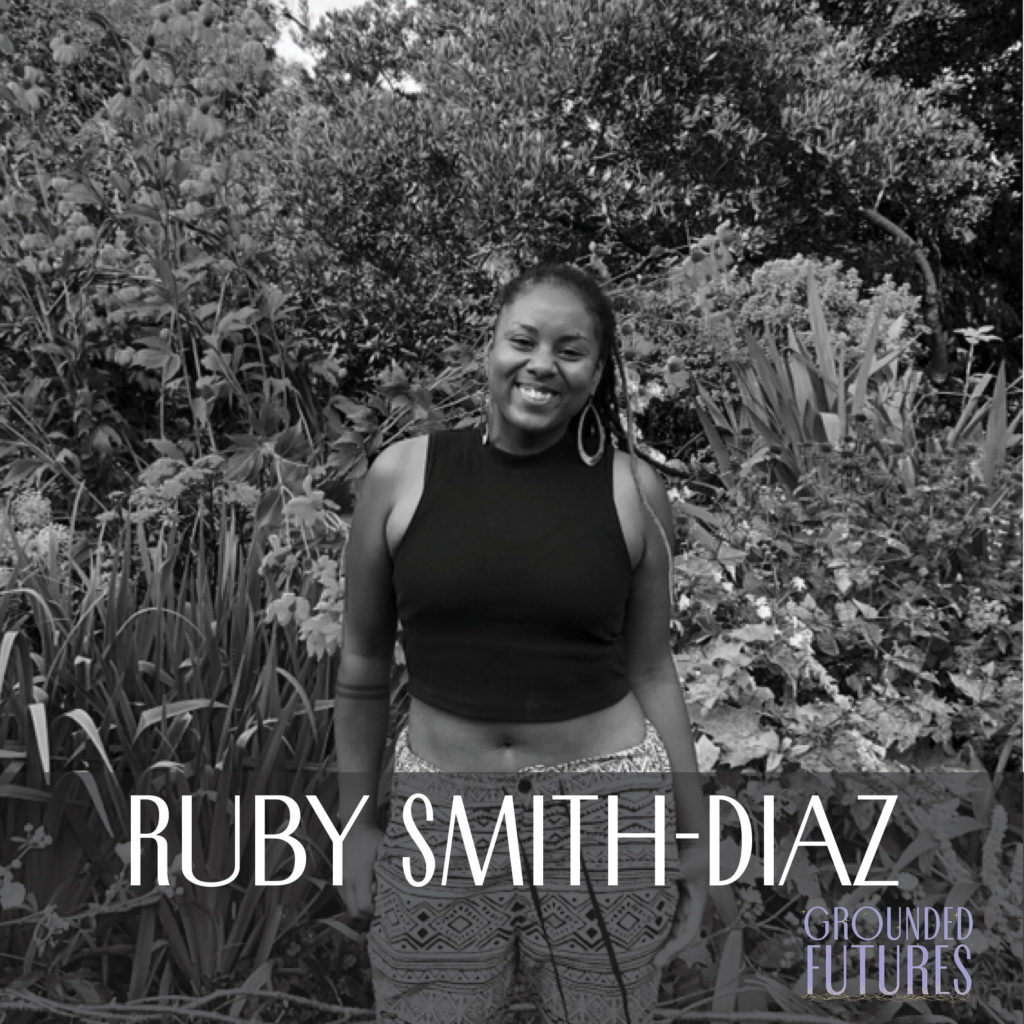 Ruby Smith-Díaz was born to Chilean and Jamaican parents in Edmonton–amiskwaciy and graduated from the University of Alberta with a degree in Education with distinction. Since graduating in 2010, Ruby has centred her work on exploring issues of inclusion and anti-oppression in classrooms, custody centres, non-profit organizations and beyond. She is the founder of Tierra Negra Arts, an arts based facilitation business with a mission to deliver workshops that foster inclusion and social justice in communities. She is also the owner of Autonomy Fitness, a body positive personal training business inviting people of all sizes, abilities, genders and sexual orientations to learn the joy of movement. In 2018, Ruby launched Still Here, an arts based workshop series aimed at fostering a deeper understanding of the history of anti-black racism in Canada and celebrating the resilience and resistance of black communities. Her writing appears in Harsha Walia’s book, Undoing Border Imperialism, and in the newly released book by Nora Samaran, Turn this World Inside Out. She is the director and producer of the film After Africville, which was recently featured at the MSVU Gallery in Halifax and the Vancouver International Film Festival Black History Month series.

About the Grounded Futures Show:

Our team works alongside youth to co-produce episodes on topics ranging from climate change to identity to how youth can gain new skills to engage meaningfully with current world events. The show will take a deep dive on these issues, and be in conversations with incredible guests! The hosts are Liam Joy, Joey, Jamie-Leigh Gonzales, and carla bergman.